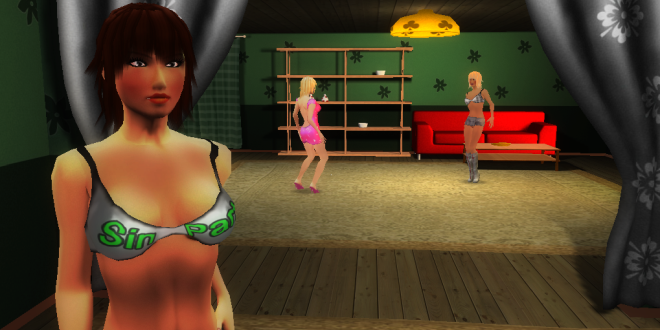 Night Party is a fairly unique adult game; you have been invited to a party by your friend Julia and you are the only guy. The idea is to seduce the four female members of the party and get them to have sex with you.

In order to have sex with the girls you must approach and talk to them, not too difficult. There are a selection of phrases and if you pick the wrong one you can pick it right the next time.

A process of elimination usually allows you to get it right. In order to bed two of the girls you have to find an item and do something with it; you can then have sex with the girl and unlock a new position, 4 in total.

To bed the other two girls you have to play a game, both take some getting used to. There is a strange game of darts and an extremely unusual version of Tetris which is more like worms; it is quite difficult (well for me it was) and so it should keep you absorbed for a while.

Once you have unlocked a sexual position then you can use that with the next girl you get to fuck too. The graphics are pretty good for the age, but there is some stiff competition around when it comes to sex games.

Despite the nice graphics, ease of use and pretty girls, the Night Party adult game was not overly entertaining. It is a bit more like an arcade game in some respects so you do benefit from the added in game games (darts and tetris) that add a bit of a diversion.

You gradually open the game for sex in three locations, the bathroom, the bedroom and in front of the fire; the locations are nice, walk around the rooms to examine them properly.

The sex is pretty unsatisfying as there is no real interaction except using the mouse to make her orgasm.  However Membership includes all adult games produced by the developer, including the incredible 3DXChat MMOVSG.

Movement around the game is simple.  Use the W,A,S,D keys to move, and the mouse to pan around or perform actions (such as speak).

One good point is that once you have had sex with any of the girls you can revisit them and have sex with them in any of the unlocked positions and in any of the rooms that you have unlocked by entering the “room of dreams” from the main menu.

The Night Party adult game will suit people who are looking for a slightly tamer sex game and who enjoy the challenge of the added arcade style game diversions all for a low price. 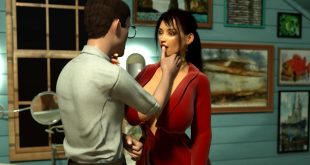