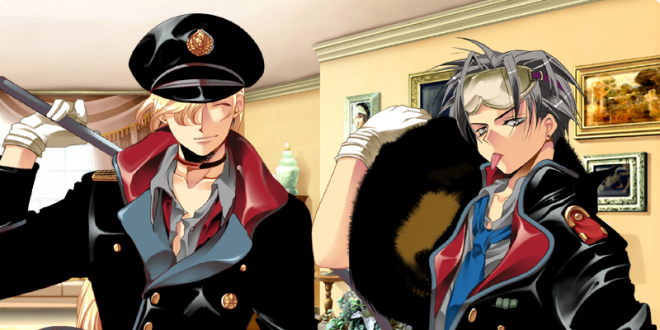 If you complete all 12 missions in Absolute Obedience with the correct endings you will unlock two more “secret missions”.  I did not achieve this myself but it does represent good value for money.

The first of the two characters you get to choose from in Absolute Obedience is Louise Hardwick.  Louise will always use flattery to get what he wants, he is young and handsome with blonde hair.  Louise is very popular and has an abundance of self confidence, but if you upset him you may see a meaner side to his personality.  He carries a bull whip and a gun to keep everyone in order; he is the son of an important German family.

The second of the two main characters in Absolute Obedience is Kia WelBehenna.  Kia in contrast to Louise is not charming but he is a bad boy; he has a short temper and he is cocky.  His travelling companion is Tigg, his dog,  and they travel around on a motorcycle.  Kia is an intelligent young man with a foul mouth and poor breeding; he doesn’t like to fall for the hot guys so he lets it happen the other way around.

If you like dialog rich games then this will be suited to your tastes because at times there seemed to be a little too much text before the images changed.  There needed to be more images relating to the dialog instead of just showing an empty bed or an alley at night.   Within the game there are plenty of images to please most BL game lovers, it is just that some missions seemed lacking, maybe it was a censorship thing. Absolute Obedience has heaps of eroticism and dark sexual acts for lovers of extreme BL games. 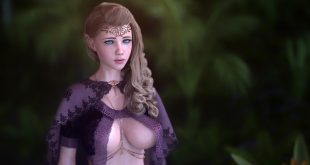